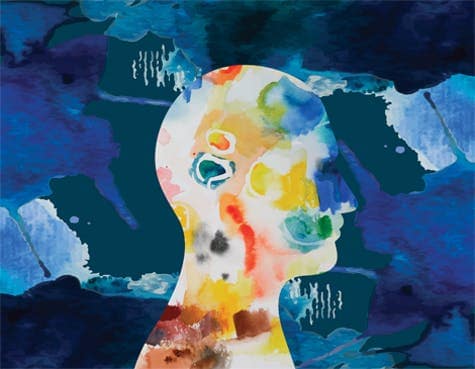 "I'm hoping that if I smile, I'll eventually feel better. You know, 'fake it 'til you make it'. "

“But you’re always so happy…”

“You have everything you could ever want or need. You don’t need to be sad!”

You may not mean to hurt me by saying these things, but these lines make me feel like my emotions are invalid – my disease is not real. Sometimes when I’m hurting the most, I smile to hide it. I don’t want to bother people with my dark thoughts so I pretend they don’t exist. I’m hoping that if I smile, I’ll eventually feel better. You know, “fake it ’til you make it”.

Mental health advocates and influencers are labeling this phenomenon as “smiling depression” – the act of appearing happy externally while suffering from depressive symptoms internally. While the idea of smiling through the pain isn’t new to the human experience, the amount of google searches for this term has increased drastically over the past year.

Although the diagnosis of “smiling depression” isn’t used in a professional setting, the idea aligns with the symptoms of atypical depression. Though the name is misleading, this diagnosis is quite common. Its prevalence is high with an early onset in life and the symptoms tend to persist longer than other depressive orders.

Though I was not diagnosed with atypical depression, I’ve felt it. I still feel it now and then. When I was in the greatest depth of my major depressive episode, I was consistently being complimented on “how happy” I appeared on my social media pages. I wanted the world to know I was doing great, because all of the aspects of my life were truly great. I was living in the city of dreams. I was healthy with great hair and a fit body. I was part of an amazing organization and was involved on campus. I had a job. I had (and still have) amazing friends and family.

Yet, I was miserable.

I ask that we all try to stop assuming that just because someone’s life looks “perfect” that it is. And when someone has the courage to share their mental health battles with you, do your best not to challenge their diagnosis or struggles. They need you to listen and understand rather than look and assume.

This site uses Akismet to reduce spam. Learn how your comment data is processed.